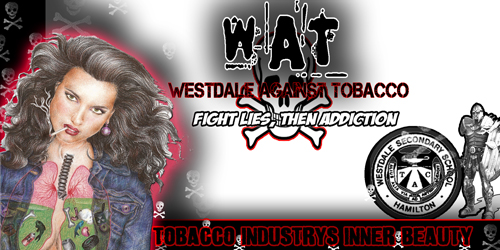 Smoking timeline: a legal history of smoking in Canada

It has been illegal to sell cigarettes to those under 16 years of age since 1908. Why are there so many kids still smoking today? This article outlines the steps the government has taken to limit smoking in Canada. Has it gone far enough? Should smoking be illegal?

According to the Lung Association of Canada, almost 20 per cent of Canadian teens (aged 12-19) currently smoke (daily or occasionally). Some tactics that tobacco companies use to target the youth market:

Promotional offers: Joe Camel ads once offered Joe Camel leather jackets, sandals and neon signs in exchange for coupons from Camel cigarette packages. Youth had to smoke many packs of cigarettes to receive these promotional materials.

Making tobacco look cool: Nearly all of The Simpsons cartoon characters (including children) have been seen smoking. Eighty-seven per cent of the top box office hits between 1988 and 1997 portrayed tobacco use an average of five times per movie.

Showing tobacco use as an “adult” activity: Tobacco companies send the message that smoking is for adults only but that a child can pretend to be grown-up by smoking

Alarming statistics from The Heart and Stroke Foundation of Canada on smoking and teenagers:

More than 90% of teenagers who smoke as few as 3 to 4 cigarettes a day may be trapped into a lifelong habit of regular smoking, which typically lasts some 35 to 40 years.

Canadians under the age of 19 consume about 1.7 billion cigarettes every year.

Among young women who smoke:

Almost 6,300 non-smokers die each year from exposure to second-hand smoke.

Smoking is responsible for 14.54% of all heart disease and stroke deaths.

If current rates of tobacco use continue, approximately 1 million Canadians will die over the next 20 years as a direct result of smoking and second-hand smoke.

As soon as an individual quits smoking, the risk of heart disease and stroke begins to decrease.

There is a new, cheap brand of cigarettes coming to a boutique near you. They are being marketed as a young, hip alternative to the more sophisticated brands. They are hand-made by women in India, for a whopping $1.00 per day. Most of these women end up with bronchial asthma and permanent disabilities from using the same muscles over and over again from 6AM to 7PM. This is promoted as the best way for women to support their families, but, as the company gets rich, nothing is being done to better the working conditions of the job or fix the pay inequities. Listen to more about this new tobacco product here under Bidi’s deadly hold on India, Rick’s conversation with Murali

What should be done? Give your opinion in the comment box below.

48 thoughts on “Cigarette Smoking: Why are so many kids still smoking?”